I am someone who has allowed myself to be wrapped up in my children’s lives, to the point that it was a shock when my oldest became a senior in high school.  That was the year I learned the definition of “helicopter parent” and found out that I was one! That was a rough year.

Right now I just want to set the stage for a family gathering – the day AFTER Thanksgiving. Those who were far away have come home for the weekend, and the youngest is alternating between having a ball with her fun raucous older siblings and having her much needed personal time.

Being the day after Thanksgiving, a variety of activities are scheduled. Some shopping trips in the morning, a hike in the afternoon… and in between was lunch.  LEFTOVERS! 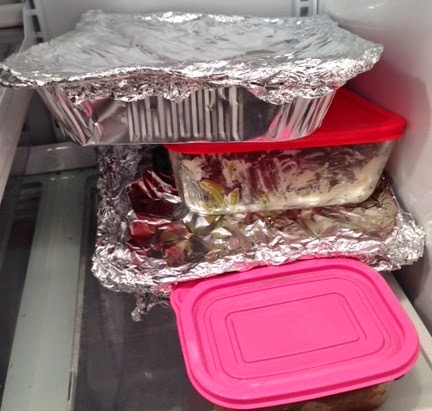 But as we noisily gather in the kitchen, jockeying for elbow room, hefting various trays of food to the table, I start to ask where our oldest child is. He graduated college three years ago and since then has been living at home trying to pay off his college loans. He is the only boy (man!) and has a great intellect and wit.

As I look down the hall to call him to join the fray, I remember that he moved out barely three weeks ago. It happened so fast, and I’m so happy for him, but how strange that he isn’t around to add to the craziness. So Mom is once again dealing with another life change. And as usual, the kid’s growing pains don’t seem to be as hard on them as they are on me! But I know this is just another of life’s changes that helps me to grow, and I pray that his new experiences will bring him the happiness that I have found in this life.

This entry was posted in Family, Hearth and tagged thanksgiving. Bookmark the permalink.