Vegetarian Burgers From Soup to Sammies

What a weekend of cooking! I HATE cooking!

But I have had FUN while cooking this weekend!!

One of our kids is a vegetarian, and today I made lots of yummy food for her. And I enjoyed it, too. YUM!!

First I sauteed celery, mushrooms, onions, carrots and peppers with some garlic and corn oil. Adding pepper and salt to taste, I also tossed in some Trader Joe‘s 21 Seasoning Salute. My daughters have introduced my husband and I to Trader Joe’s. We don’t even live near one and we have products we love. Bill’s favorite product, so far, is canned turkey chili. I like the seasonings.

Next I added a can of diced tomatoes, with the liquid, and then added 6 cups of water. Once it boiled I turned it down and put a lid on it, and let it simmer for just over an hour. I let it cool a bit and then, by the cupful, I blended the veggies. Then I drank a cup. Or maybe two.

What? I needed lunch. And it was ALL VEGETABLES. 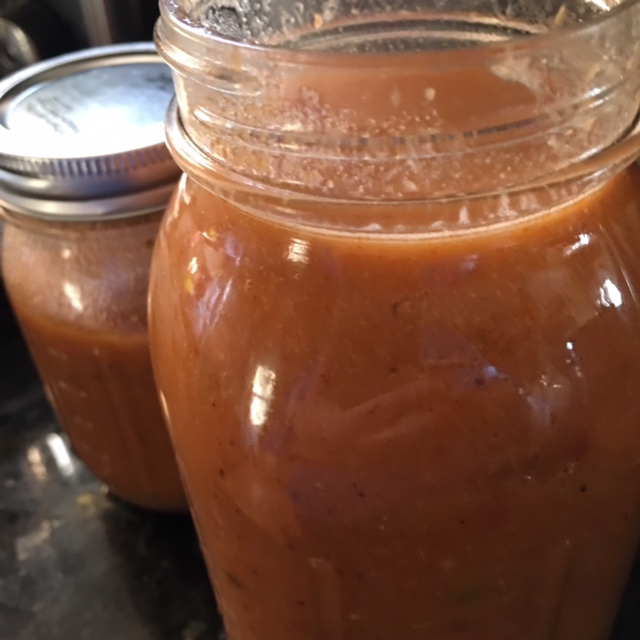 Then I zoodled a zucchini using my new Inspiralizer (I LOVE this tool) and tossed it into a pan with some of the cooked vegetables from the soup. 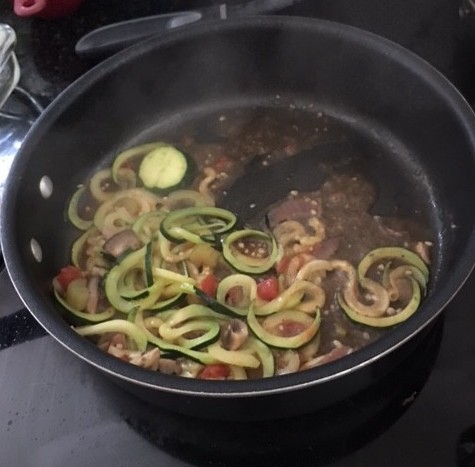 Then I ate THIS, too. What? 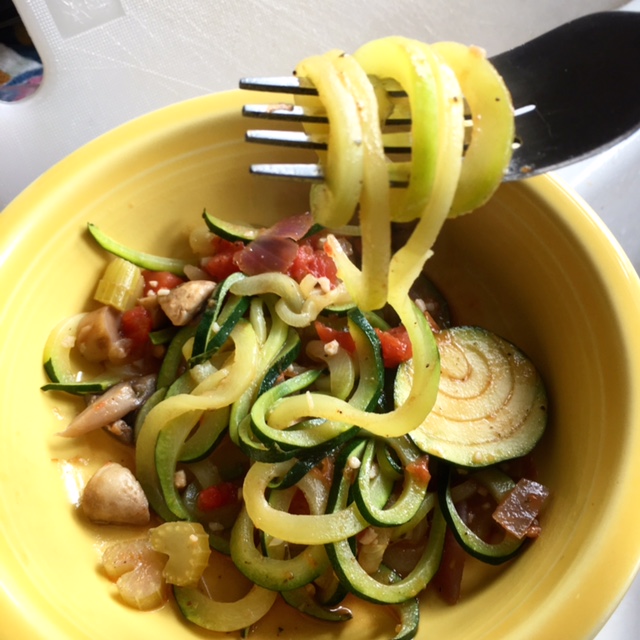 Finally I packed the soup away except for a cup and a half of it. To that I added 1 cup of lentils. After bringing them to a boil I let them simmer for 30 minutes. Then I added 1 tablespoon of Steak Sauce (my daughter is a vegetarian and won’t eat worcestershire because anchovies are used to make it) and stirred. I let the mixture cool and then added 1 cup of seasoned bread crumbs. After stirring, I put the lid on it and let it sit in the fridge for an hour. I adapted this burger recipe from others I read about, and some of them included walnuts. I did NOT include them because I am allergic to them.

An hour or more later I made 6 burgers. They are delicious! My daughter ate one and loved it, I ate half of one (too many calories, I already ate over my SmartPoints). The rest I put into the fridge. I was going to freeze them but a certain daughter is planning to eat them up!

Happy Cooking! And Experimenting. Because you know, I’m NOT a chef nor am I a cook. But I do love to experiment. And I’m just lucky when people can eat what I make!